While touring Van Briggle Pottery in Colorado Springs, Colorado, in the early 70’s, Ingeborg’s interest in clay was sparked. It would be a long and endearing relationship. She attended the University of Colorado to study clay, attended workshops and generally worked to learn her craft.

When she moved to Grenoble, France, her work in clay came to an abrupt halt. During this three-year period, she attended the University of Grenoble, traveled extensively throughout Europe and generally broadened her horizon and expanded her knowledge of art and clay. 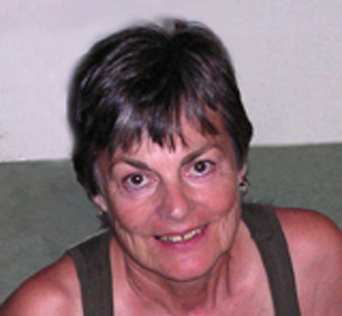 After living in Europe, she moved to the Pacific Northwest and continued her education at Clark College in Vancouver, Washington. In 1981 she set up a home studio and became a member of the Oregon Potter’s Association. Her work was sold at numerous shows and showcased in galleries throughout the Pacific Northwest. Ingeborg’s interest in clay is varied and ranges from high fire functional work, Raku, wood firing, hand building and wheelwork to glaze development. She is known for her rich glaze palette. In addition, Ingeborg has done large sculptures and tile works.

In 2002 Ingeborg moved to Saint James City, Florida where she opened a business called the Potter’s Workshop & Gallery. It is a working pottery situated in a charming open-air building where people can see work in progress. In the adjacent gallery you will find a large selection of items offered in many colors to fit every taste and budget. Ingeborg produces every item offered for sale in the gallery. The Potter’s Workshop & Gallery is PERMANENTLY CLOSED THANK YOU FOR YOUR SUPPORT ALL OF THESE YEARS! 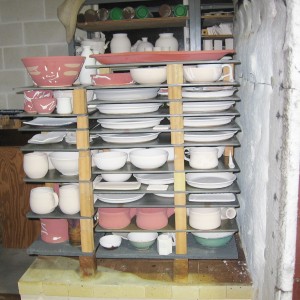